Mr. Bill is a cyclone magnet. Taking a walk on the wild side last year, he enjoyed flings with Debbie, Cook and Donna. Now it’s true that, some married men like to flirt with danger when they are chick magnets but Mr. Bill has a fatal attraction for rapidly falling barometric pressure. Whether called a cyclone in the Pacific Ocean or a hurricane in the Atlantic Ocean, Mr. Bill loves them, just the same.

The possibility of experiencing yet another cyclone with Mr. Bill seemed improbable in Ohope but downright impossible, here in the Land of Steady Habits; I had travelled with Mr. Bill from New Zealand to New England, arriving in Connecticut last October, well past the devastating hurricane season of 2017. I thought we were safe from wild, wet, weather, systems spawned by the sea or were we?

We always feel a bit like time travelers, flying between New Zealand and America. Time does fly as the seasons fast forward during the flight. Landing in Boston, we discovered that we had skipped summer, trading spring flowers for fall foliage. In a blink, we went from shedding layers to adding layers. Despite hoping for an Indian Summer, autumn turned to winter without a backward glance. At least Old Man Winter did not arrive empty handed. His present was a beautiful White Christmas and it was the gift, that kept on giving. For two weeks the temperature did not rise above freezing in Connecticut. The average daytime high was 9 degrees Fahrenheit (-22.7 Celsius). The  northeast was in the grip of a bone chilling, winter and the entire eastern seaboard was experiencing prolonged, below normal,temperatures. Snow fell from Maine to northern Florida. Iguanas, numb with cold, fell from trees in Miami, when the temperatures dropped to 40 degrees (4.4Celsius). Frostbite warnings were posted for northern states and meteorologists issued, ‘Cuddle Alerts’, in Florida. Brrr! Everyone was shivering!  Surely, no tropical depression could form and develop into a cyclone or could one?

The seemingly impossible happened. On January 4, 2018, the east coast was smacked with a Bomb Cyclone, also known as Explosive Cyclogenesis,  which is a “rapidly deepening extratropical cyclonic low-pressure area”.* These aptly named explosive storms are created, when a low-pressure system’s central pressure, falls 24 millibars in 24 hours or less. This snow hurricane dropped 59 millibars in 24 hours. However, one doesn’t need a fancy barometer to measure atmospheric  pressure, just ask Mr. Bill. Forewarned is forearmed; after all this wasn’t our first rodeo. We battened down the hatches and waited for the wind driven snow to arrive. Soon our old house was being buffeted by howling winds and pelted with icy snow. Old homes were built to last and our nearly one hundred year old, Dutch colonial, proudly withstood another test of time. There was only one tiny breach. We discovered snow in the enclosed breezeway. It  had blown under the back door and through the keyhole as well, reminding us why  doors to New England homes, do not open directly into the house. Vestibules, porches and breezeways make great antechambers, to trap the warm air in and keep the elements out. Amazingly, we didn’t even lose power.

There are some sun worshipers who circumnavigate the earth and flit between the hemispheres, thereby chasing an endless summer. Mr. Bill, on the other hand, marches to the beat of a different drummer, pursuing extreme weather around the world. However, don’t be alarmed. It’s quite safe to journey with Mr. Bill, for he always knows which way the wind is blowing. Strong winds may swirl all around us, with cyclones rotating left in the southern hemisphere and hurricanes rotating  right in northern hemisphere but life with Mr. Bill,  is lived in the eye of the storm. 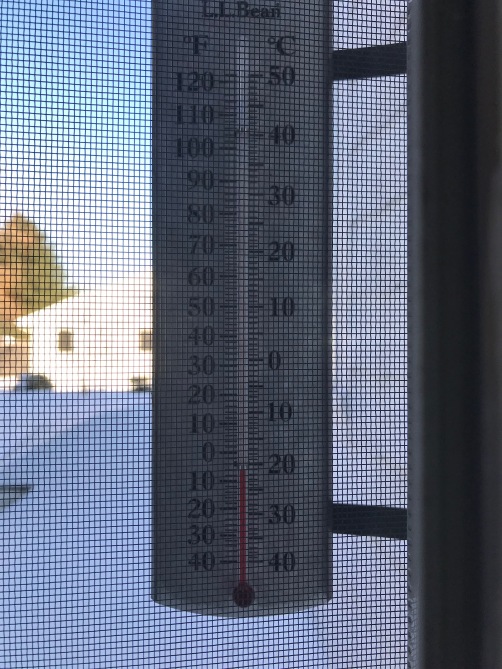 Snow drifts at the back door 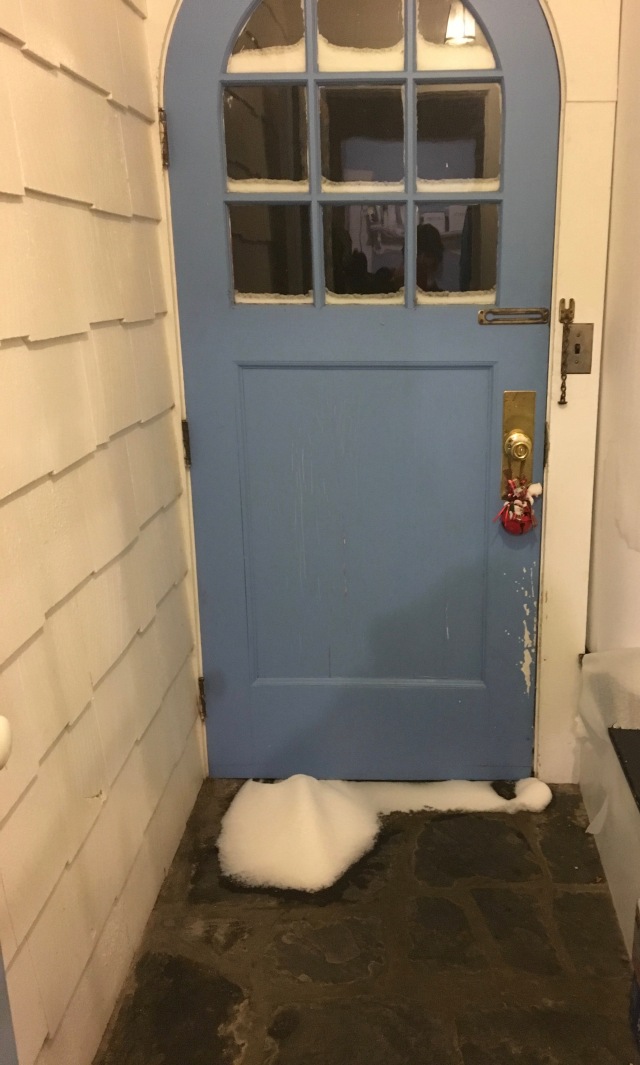